The Uike logo — just doesn’t do it. 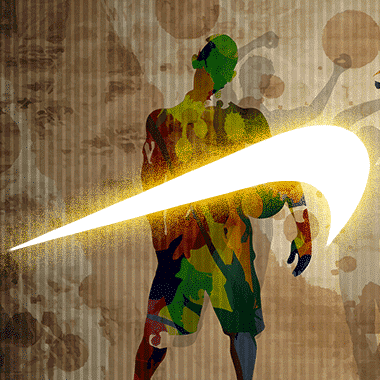 Sorry, but the Uike logo just doesn’t do it.

Yes, Uike. That famous swoosh looks more like a “U” or a “V” when it could represent an “N” for its namesake.

But what can you expect for $35? (A college student was paid that sum for the logo design. I heard that later she was paid more, which is respectful of Nike.)

It’s gratifying that the creative fee was only $35, not $35,000, because I have always pointed to the Nike logo as an example of “missing the opportunity” for excellent design. If a designer would just analyze a creation before casting it in stone (or on a shoe), a superb rendition might result. In this case, just rotating the image 180° would render the perfect mark: a lowercase “n”—abstract, albeit, but still the first letter of the company’s name. I believe a logo should not only represent the name, but also convey a feeling as well, if possible. Here it’s all possible! My version (their original logo turned upside-down) not only looks like an “n”, but it would also no longer feel like it’s bouncing off a wall—it would instead feel like it’s leaping into the air.

Till then I’ll continue wearing New Balance rather than Uike.

“They” chose the Word of the Year.