Those of you who know me have heard this a lot:

“Damn good design is sometimes nothing more
than a lotta luck and a little talent.
Or vice versa.”

It’s a principle I realized early on in my career. Here’s how that formula has manifested some of my best work, including my own studio logo:

This logo is an excellent example of my favorite formula:
luck + talent = damn good design

The luck behind the logo

Realizing my last name and the word “design” shared the first four letters, I sensed there was something I could develop into a logo. But it took several pages of sketches, trying combinations of uppercase, lowercase, upper and lowercase, intertwining, and nearly giving up. Then I saw basically what is now the finished logo. I moved the letters around, selected the fonts, and assigned colors.

What makes this logo unique is how the particular letters interlock just by coincidence:

The talent behind the logo

The typography: I chose two of my favorite typestyles, Craw Modern (modified to include a touch of Bodoni) and Helvetica Black Extended, and then redrew all the letters for proper weight, fit and alignment. Lots of fun getting that hook on the “g” to fit inside the “m”—but turns out it is part of the “fabulous formula.”

The colors: Each pair of colors has symbolism pertaining to a profound moment in my childhood—some strange, all true:

The bold black block behind the logo

Though the logotype can be displayed without a container (as in the sketches above—and there will be times when that is necessary for space or other requirements), I added a block of solid black to pop the colors and add a powerful richness to the logo. Only black, my absolute favorite color—infinite, bold, elegant, universal—could suitably frame the logotype that represents my work. Bold and brash, like its designer. And very, very classy (the logo, not the designer).

I further enhanced the logo for certain applications, resembling colorful plastic letters spelling “design” mounted on a flat black plane of graphite or carbon, while the name “DESIMONE” shows as brushed aluminum (or sterling silver) through the cut-out letters in the black plane. This works extremely well in signage.

The logo looks striking with or without the box as black-and-white line art as well, as all logos should.

Here are some of my other luck + talent design breaks: 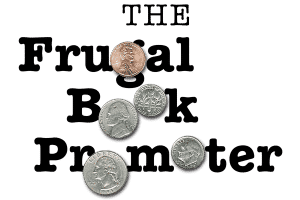 The luck behind the logo: It’s as if a handful of coins was dropped into my lap to suggest the concept for this logo. Look how many times the letter “o” appears. It’s common to see lots of “e”s in a title, but hardly ever this many “o”s. And the bowl of the “g” is just perfect! These letters are also in just the right places to achieve good balance with the coins.

The talent behind the logo: Targeting authors, this typewriter (remember those?) font was selected, and it just happens to have perfectly round “o”s (and one “g”) to drop the coins into. What’ more, all the coins were able to be reproduced life-size on the book cover.

The luck+talent behind the logo:
Instantly I saw the beginning and ending S’s, as well as the two O’s. It just took some conceptualizing to realize the O’s could interlock, as in chainmail, and form an abstract giant “S” to serve as the main character’s monogram.

The luck behind the logo: “S” serves as a joyful arm, torso and leg.

The talent behind the logo: The “S” serving as limbs and torso was quickly apparent, but it did take some effort to create the rest of the body so it abstractly resembles an “L.” Whether is is perceived as such or not is not crucial; to know it’s there just feels good and gives the shape reason.

The luck behind the logo: very complex system of arriving at the finished logo concept; still writing this one 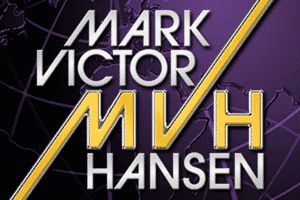 The luck behind the logo:
Still trying to figure out how I got so lucky with this eclectic assortment of letters.

The talent behind the logo:
Now, that took some doing. Shifting the letters around until they related to each other, one stem projecting as a continuation into another, and manipulating the spacing and redrawing a few of the characters until they fit just right…then toning the gold down with a complementary silver color…it was one of those projects where, just like a puzzle, it all came together with precision in the end. Nothing missing and no extra pieces, either.

The extensions on the M and V were a natural way of expressing upward success and unlimited boundaries. 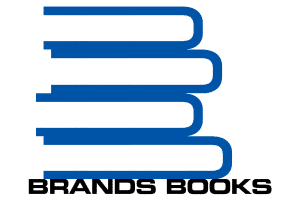 The luck+talent behind the logo:
Two “B”s creates four books, and the name itself serves as a bookshelf.

I created this logo for the publishing business I may start someday. It is dedicated to my mother, whose given name was Leona Linda Brands. 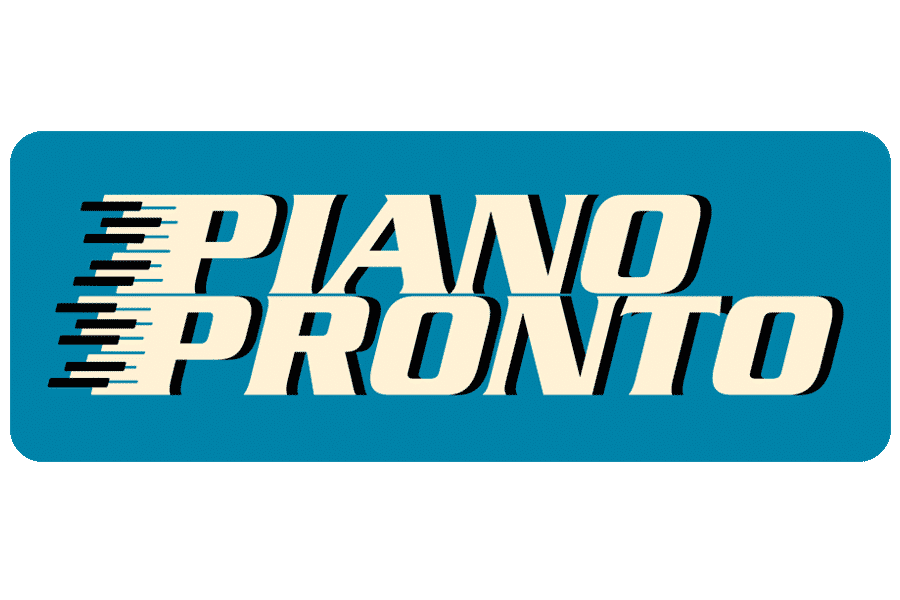 The luck+talent behind the logo:
The stacked P’s presented a long, solid left edge which is easily turned into a keyboard.
The keys double as speedlines to reinforce the word “Pronto.”

The luck behind the logo:
The elements composing the “S” for “Stonewall” are the exact shapes of the three different size-and-shape guide clients use for determining the style of saddle they should order. I simply traced the actual products, scanned them in, and arranged to form the “S.”

The talent behind the logo:
The shapes appear by default as stylishly modern, which hinted at the brushed silver effect. Then to add a saddle motif, the black background was given a leather pattern, red stitching and bright silver stars.

Want to see more logos (that weren’t such lucky breaks)?

Have a look at these—logos that weren’t lucky breaks, but required excruciating conceptual sessions. All to end up absolutely perfetto (I won’t settle for anything less).